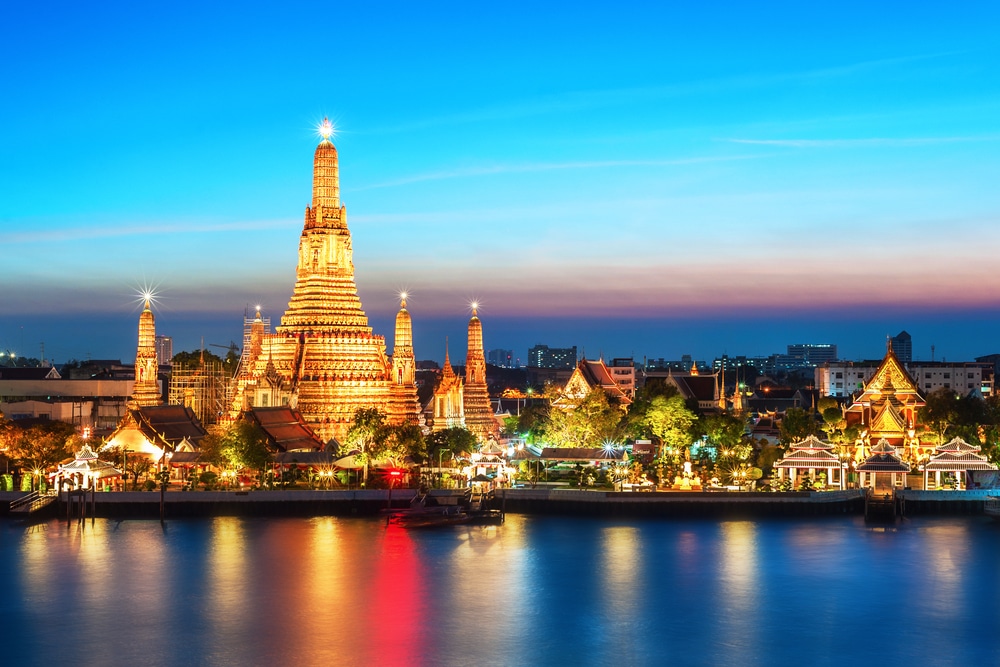 Thailand is located in the central region of the Indochinese peninsula in southeast Asia. It covers an area of 198,120 square miles. The country has diverse ecosystems ranging from forest ranges to rugged coastlines. Thailand is home to an estimated population of 69 million residents. Throughout its existence, Thailand has maintained a monarchy that is highly respected by the citizens of Thailand. The nation is a popular tourist destination and hosts more than six million visitors annually. There are numerous interesting facts about Thailand such as the different landscapes, its culture, its natural resources and its history. Below are some fun facts about Thailand.

#1 Siam Is The Original Name Of Thailand

#2 Thailand Has One Of The World’s Most Diverse Ecosystems

Thailand has one of the the most scenic landscapes in the Southeast Asian region. Breathtaking hardwood forests and jungles cover the northern part of the country. Over a century ago, Thailand was covered by expansive natural forests, but logging has significantly reduced the forest cover to only a quarter of the former forest cover. The extensive Khorat Plateau occupies the northeastern part of Thailand. Its central region has the massive fertile plains where rice is grown. The southern end of Thailand is covered by the coastal plains which are home to the magnificent white sandy beaches. These coastal areas have many luxurious resorts were visitors flock throughout the year.

#3 Thailand Is Home Wide Array Of Flora And Fauna

Due to the country’s varied landscape, Thailand is home to numerous plants and animals species. An estimated 10 percent of all animal species in the world are found in Thailand. The country is known for its many elephants most of which are domesticated. Interestingly, the world’s tiniest mammal, the bumblebee bat, is an endangered animal living in Thailand. Similarly, the world’s largest mammal, the whale shark, is found on Thailand’s coast. Thailand is a bird haven with more bird species than America and Europe combined. Additionally, the country has the highest variety of orchids in the world. More than 1,500 varieties of orchids grow in Thailand.

#4 Thailand Is Made Up Of Many Islands

Thailand has as many as 1,430 islands. The beautiful islands attract thousands of tourists into the country annually. Some of the islands, such as Koh Phi Phi Lee Island, have been used in the production of Hollywood movies which makes them even more famous. Koh Phangan Island is famously known as the party Island of Thailand. It is the location for Thailand’s full moon parties as well as black moon party.

#5 Buddhism Has The Largest Following In Thailand

Thailand is predominantly a Buddhist nation. It is estimated that 95% of Thailand’s population practices Buddhism. In the past, all males in the country had to become Buddhist monks for a limited period before they turned 20 years old. However, this practice has been abandoned in modern Thailand society. Thailand is home to more than 35,000 Buddhist temples. Apart from being essential places of worship, these temples are popular tourist attractions. Visitors to the Buddhist temples are expected to dress modestly.

Thailand has a famous annual festival for monkeys held in a village in Lopburi province. A celebration is a popular event for the locals and international visitors. It is performed outside the Pra Prang Sam Yot temple. More than 600 monkeys are hosted to a buffet of meat, fresh fruits, salads and ice cream. The residents conduct the festival as an act of thanksgiving to the monkeys for bringing tourists to the area.

#7 Thailand Has A Monarchy

From as early as the 12th century, Thailand was ruled by a monarch system of governance. Although the country moved to other systems of governance starting in the 20th century, Thailand still maintained its monarchy. The country experienced a tough political period in the 20th century shifting from military rule to parliamentary system rule. Despite the political upheaval, Thailand citizens still hold the royal family in very high esteem. The King plays the role of head of state, a role with little powers compared to the role of Prime minister of the country.

#8 Bangkok Is Known As The Venice Of East

Bangkok is Thailand’s largest city as well as its capital city. The city is located on the central plains of Thailand close to the coastal areas. The city was built on a delta area near waterways. As a result, Bangkok had numerous canals passing through the city which gave it the name “Venice of the East”. Most of the canals have been covered to create room for expansion of the city. Currently, the city suffers from severe environmental pollution due to rapid uncontrolled development in the past two decades.

The Bridge that runs across river Kwai in Kanchanaburi is one of the most famous bridges in Thailand. The bridge forms part of the long Burma-Siam railway which provides a transport connection between Myanmar and Thailand. The Bridge is a magnificent structure in the area. It is estimated that as many as 80,000 people died during the construction of the railway line.