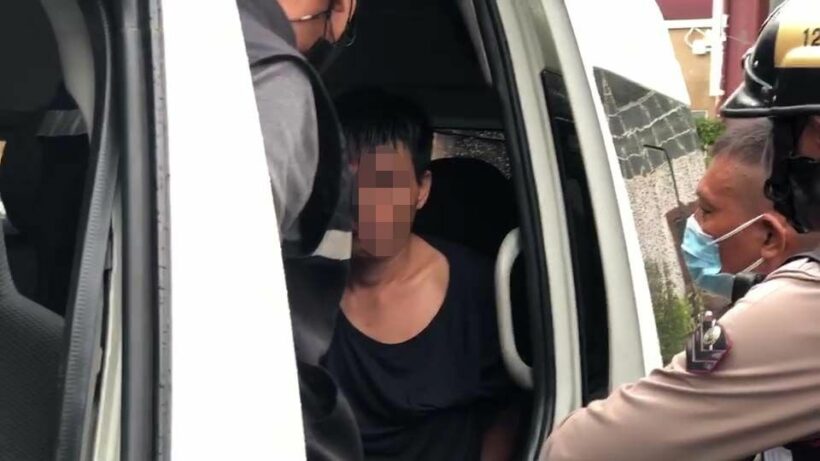 A man has been arrested after he allegedly broke into a Bangkok 7/11 and rooted around for a bit, early Tuesday morning.

According to police, 33 year old Songyot Tharanukan broke a glass door with a brick and then gained illegal entry into the ubiquitous convenience store. Police also say the man was none too happy to have to deal with the police and instructed them to contact his family in the Kalasin province. The police say they “negotiated” with the man for 20 minutes before he calmed down.

Songyot was then taken to the Tha Kham Police Station. He was charged with trespassing at night, ruining property, and violating the requirements issued by the Emergency Decree.

According to the Tha Kham police, Songyot was uncooperative and resisted officers. They say he struggled when they tried to get him into a van and that his continual struggling led to him injuring both wrists that had previously been put in restraints.

An unnamed officer says they couldn’t smell alcohol on the suspect and believe the incident was stress-related.