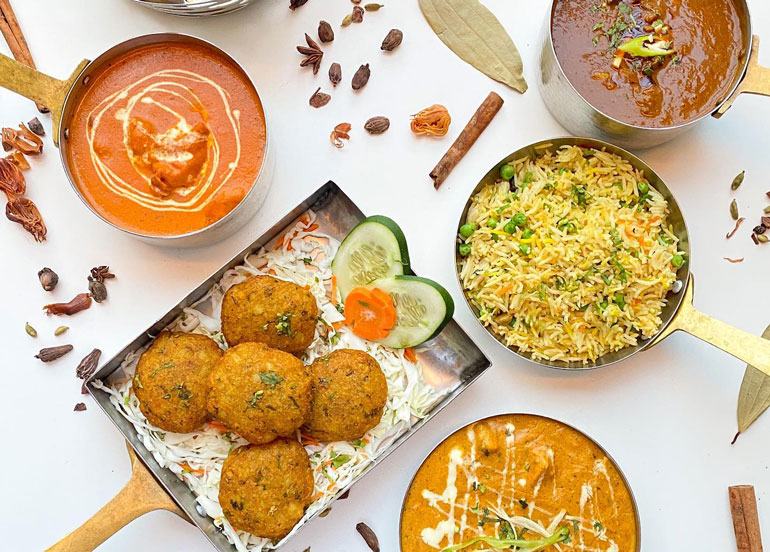 Indian cuisine is part of the landscape in most cities across America. Indian dishes aren’t just curries, chutney, and chicken tikka masala, there’s a lot more to Indian food than you ever knew!

1. India is the Spice Capital of the World

India produces more than 70 percent of the spices used in the world. It has a greater variety of spices than any other country. Black pepper is considered the “king” spice, dating back as early as 2,000 B.C.E. In ancient times black pepper was highly prized, almost regarded as black gold. Although salt is found in many places around the world, black pepper is indigenous to a province in South India.

2. Not All Indian Dishes Are Spicy

Northern Indian cuisine uses more milk products than that of southern India. It’s also less spicy than southern cuisine. Most American restaurants offer different levels of heat for most dishes on the menu.

3. There Are Over 200 Indian Desserts

Indian desserts and sweets are often called Mithais. Although many buffets focus on Kheer, a traditional rice pudding, or Gulab Jamun, Indian milk balls served with honey syrup, there’s a wide variety of desserts in the country. The most traditional desserts are made with fruit and honey because it was the Portuguese who introduced sugar to the country.

4. Not Everyone in India Is Vegetarian

Although India does have low rates of meat consumption per person, only about 29 percent of the population follows a strict vegetarian diet. Goat, chicken, and lamb are popular meats used in many dishes. Seafood is also popular in coastal areas.

5. Many Popular Ingredients and Dishes Are Borrowed

Potatoes, tomatoes, and chilies didn’t originate in Indian cuisine. Portuguese traders introduced these items to the country in the 15th and 16th centuries. Saffron was likely brought to India by Greek or Roman traders. Naan bread, which is traditionally associated with Indian cuisine, most likely originated in Persia, in the 1300s. The popular Indian dish, Chicken Tikka Masala was first made in Scotland in 1971.

6. A Cook’s Reputation Is Often Based on Their Curry

An excellent Indian curry balances spices in perfect proportion. Every cook has its own blend. Every region has different characteristics of a good curry. Incidentally, the word curry is rarely used in India.

7. Chai Is an Ancient Drink

Chai, a spiced tea drink, is thought to be a healing beverage, dating back to an ancient royal court over 5,000 years ago. It wasn’t until the 1930s that it added black tea. Coffee was probably introduced to the Indian culture by the British.

โพสต์ก่อนหน้า
Top 10 Facts about Covid-19
โพสต์ต่อไป
Messi confirms he is leaving Barcelona, in talks with PSG