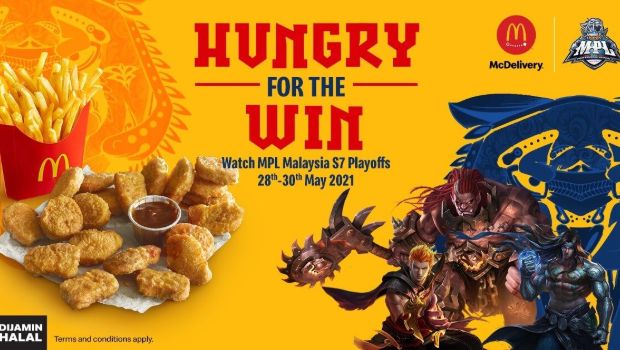 The deal will see the fast-food giant create a range of promotions involving its food, as well as providing exclusive in-game skins and currency throughout the month of May.

The partnership coincides with the seventh season of the Malaysian Mobile Legends Pro League (MPL) entering its Playoff phase. The competition sees the top ten teams in the region compete for $100,000 (∼£72,004) in prize money.

Taking place from May 28th-30th, the season seven playoffs for the MPL will be the first playoffs where Malaysia has been treated as an individual region. Previous seasons saw Malaysia and Singapore combined into what was known as MPL MY/SG. According to Esports Charts, season seven currently has a peak viewership of over 77,000, with the tournament garnering an average audience of 16,675.

Details on how the skins and ‘Diamonds’ can be obtained have yet to be revealed by McDonald’s Malaysia, but details are expected to be unveiled in the coming days through its social media channels.

Esports Insider says: Collaborating with McDonald’s for its season-ending tournament is a solid move from Moonton, particularly as Mobile Legends: Bang Bang continues to develop into one of the most popular competitive titles in Asia. The deal will provide plenty of exposure ahead of the tournament, meanwhile, the fast-food giant will likely generate plenty of revenue from the activations offered.