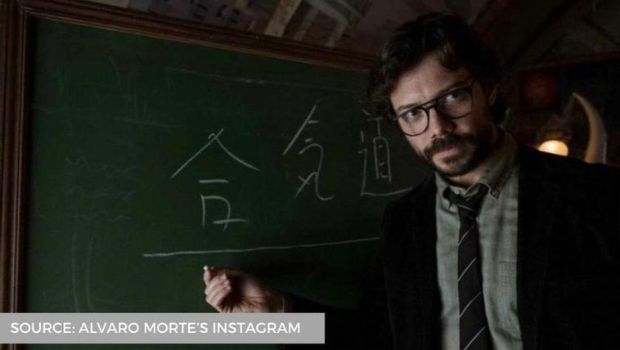 Money Heist Season 5: Alvaro Morte Aka Professor Shares Photo From The Sets Of The Show

The cast of the popular show Money Heist is keeping fans intrigued by sharing photos from the sets of the upcoming season of the show.

Alvaro Morte aka Professor took to Instagram to share a photo from the sets of Money Heist Season 5. In the photo, Alvaro Morte can be seen holding a beverage while standing at a sunny location.

In the caption, he wrote, “Sunny day at the office #lcdp5″. Take a look at his post below.

According to a report by The Sun, the cast is currently filming for the drama in Madrid, Spain, and the creator of the show, Álex Pina revealed that the show will only be released after September 2021.

Season four of the show ended on an intriguing note when Professor, Benjamin and the whole gang tries to free Lisbon but Tokyo’s anger threatens her faith in the plan. Meanwhile, Alicia Sierra takes matters into her hands and investigates the case on her own.

โพสต์ก่อนหน้า
Why are so many babies dying of Covid-19 in Brazil?
โพสต์ต่อไป
This woman in the Philippines set up a community pantry to help those in need