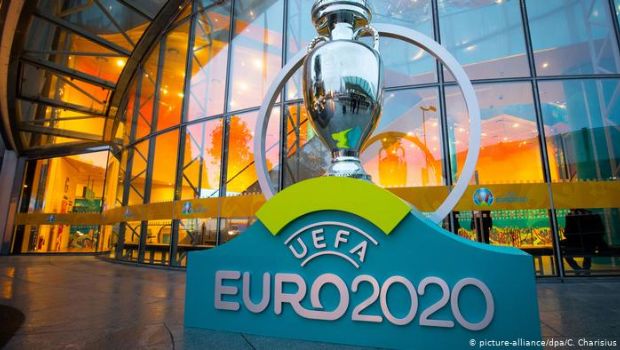 If there is one sport that has connected people across all continents, whose icons have made borders disappear, political ideologies sidelined, and for the one sport for whom millions of people have as sacred a place as the religion, it is undoubtedly football.

There is no other sport that has inspired not only just people but also leaders across the globe, the sport that has given many legends (some as big as the game itself).

The impact of football touches all dimensions of our lives, young boys replicate the hair style of their favourites, the products endorsed by our stars always manage to get into our homes.

Therefore, the marketing companies always come up with some brilliant ads and commercials that influence our buying that eventually generates revenues worth millions for many companies.

The ad companies know the value of commercials shown in between events such huge that Research from ZenithOptimedia estimated that total spending on commercials during 2016 Euro Cup was to increase overall by approximately $1 billion all by itself.

Lufthansa perfectly depicted the true spirit of sport in one of their ads which also showed the rivalry between Germany vs England. The commercial showed two englishmen bumped on Lufthansa expecting it to be pure german with no laugh and stereotypes like Lederhosen, only to discover how germans making fun of other european countries by reminding them they have won fifa World cup four times.

Scotland and England rivalry (the team that was not there)

Even though Scotland did not qualify for the Euro 2016, they were rooting for England’s loss, clearly showing rivalry between two nations that span across centuries that ran from the time of queen elizabeth the first. The commercial shot in proper scotisch countryside with people singing in proper scotisch style with pipes and cows mooing, cheering for england’s defeat.

The purpose of commercials is to connect with emotions of people, be it humour, fun, pride or compassion. Among the most compassionate commercials with taglines “real fans first and football starts with real fans”, the ad shows a kid showing his pure passion for the tournament while saving money for the event as well as trying to be a good boy by helping his parents in daily work, this ad surely touched the hearts.

One of the most popular commercials produced by Nike was called “The Secret Tournament” a.k.a. “The Cage” for Euro Cup 2002.

The mini-film was set inside an abandoned oil tanker in a dystopian future. Three-on-three teams were forced to fight out a single goal elimination tournament inside a cage of iron and chains. The winners were allowed a chance to escape and swim for shore. It was a sharply edited and darkly comic compendium of football’s most exciting moments, starring the world’s top players of that time.

In this ad, Nike did a “The Switch,” a six-minute mini-film featuring a twist on the “Freaky Friday” genre of mind swap comedies. When Team Portugal’s Cristiano Ronaldo collides with a fan on the sidelines, they switch bodies. The combination of Wieden Kennedy produced a rather brilliant ad, this time highlighting the quirky vision of Hollywood cinematographer Matthew Libatique. The commercial sent the message of anyone being able to be Ronaldo, who keeps on trying to work hard.

Think of Mars candy bars, thinking of knights on horseback, a man in a lion costume, Welsh Corgis wearing bow ties and a homemade flotilla of football fans storming the beaches of France looking for the Euro Cup, that would be pretty extraordinary.

Online betting megabrand Betfred is putting the majority of its advertising budget this year into new channels as well as social media apps. Betfred’s head of marketing Gemma Strath, head of Betfred marketing, explained the total strategy, “Usually we’d lead with above-the-line activity, but this time it is only 20 percent of our spend [compared] to 80 percent on digital channels,” she says. “It is the best way to react in real-time to all the action and carefully build a narrative”, she says.

โพสต์ก่อนหน้า
Clubhouse starts beta testing its Android app in the US
โพสต์ต่อไป
Are Leander Paes and Kim Sharma dating?