Home » ENTERTAINMENT » Who are the Highest Paid Esports Players in Malaysia? 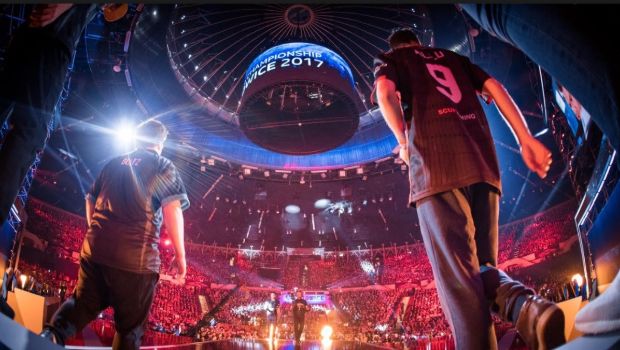 Who are the Highest Paid Esports Players in Malaysia?

And it is inevitable when the platform grows it allows more players to stretch to their true potential further contributing to the success for both individuals as well as for the esports.

These Esports players make money in different manners and they need it in order to make a career out of sitting in front of a screen. The highest paid esports players do not leave any stone unturned in order to earn bucks from the esports.

The biggest question that revolves around this whole esports industry is how the players make money. Among The most common include prize money from esports tournaments, which involves streaming and sponsorships. However, prize money is not a cake walk and is not guaranteed as one needs to win to get the hands on the dollar. Even for toppers, it is incredibly hard to win enough consistently to make a living.

So in order to keep head over the waters esports players also stream. Streaming platforms like Twitch allow players to make money in a variety of ways. Fans of certain streams sometimes donate money to their favorite esports players.

Streamers also make money through paid subscriptions, allowing their fans certain luxuries that people that watch that they do not get in free.

Sponsorships are among the biggest pies for streamers, many companies pay them to promote their products by either running ads for their products over the player’s stream or showing them by using some of them.

Most of the time, the streamers do provide a discount code that they share with their viewers and it acts as a magnet for users to purchase the products on discounted price also making the streamer to receive a percentage of profit on the purchase amount.

Esports is not just some bunch of teenagers sitting in front of their computer screens and fighting for dominance in this virtual domain, instead it is a multi million dollar industry with gamers themselves having become millionaires. Among the top five richest pro gamers in malaysia, three have earned more than million dollars while 4th and 5th have more than 700,000 dollars in their bank.

At 5th is Hock Chuan Wong with player ID as ChuaN, with total prize money of 740,983 dollars in his pocket, he is the fifth richest pro gamer in Malaysia.

On 4th is Tue Soon Chuan with player ID as ah-fu and he has grabbed a total of 783,979 dollars and is comfortably on 4th spot.

The third place belongs to Yee Fung Chai with player ID as Mushi and he is a millionaire in the pro gamer world with a balance of 1,024,252 dollars he is the third richest.

On the 2nd spot sits Yeik Nai Zheng with player ID as MidOne, with total prize money of 1,786,891 dollars to his name and is only 100,000 dollars behind the table topper.

The most coveted spot for pro gamers in Malaysia belongs to Jianwei Yap with player ID as xNOVA and he is the topper of the list and with wealth of 1,888592 dollars, he is expected to cross the 2 million dollar mark very soon.