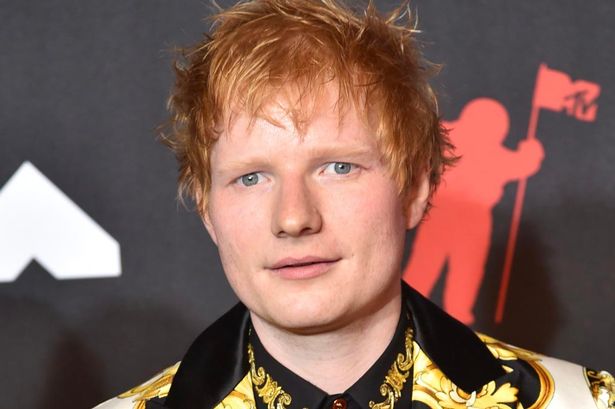 Singer Ed Sheeran said on Sunday that he had tested positive for the coronavirus, just days before his new album is set to be released.

In a note posted on Instagram, Sheeran said he had “sadly tested positive for Covid,” and that he was “now self-isolating and following government guidelines.”

“It means that I’m now unable to plough ahead with any in person commitments for now, so I’ll be doing as many of my planned interviews/performances I can from my house,” he wrote. “Apologies to anyone I’ve let down.”

Sheeran’s latest album, “=,” is set to be released Friday. He did not say when he received his positive result or whether he was experiencing symptoms.

Sheeran performed last week at the awards ceremony for the Earthshot Prize, an initiative by Prince William and Catherine, Duchess of Cambridge, and was photographed mingling with the pair. On Monday, Kensington Palace declined to comment on whether the couple had been tested following Sheeran’s positive result.

Per British coronavirus rules, people who test positive must isolate for 10 days from the onset of symptoms, or if asymptomatic, from the date the test was taken.

Though his statement didn’t mention whether he had been vaccinated, in an appearance this summer on “The Late Late Show With James Corden,” Sheeran sang about vaccinations in a parody of his song “Shape of You,” telling viewers: “Moderna or Pfizer will do, you’ll be good after jab number two.” A representative for Sheeran didn’t immediately respond to an email request about his vaccination status.

The infection is sure to throw off the usual slew of performances and media interviews that Sheeran had been set to do ahead of his album release. He is scheduled to perform on NBC’s “Saturday Night Live” on Nov. 6, which is outside of the 10-day isolation period, but it is unclear whether he would be able to travel to the United States in time for the performance. The United States requires a negative coronavirus test for entry.

Though Sheeran noted in his post that he was hoping to perform from his home, a Zoom performance may not cut it for some engagements. His team has offered for him to perform remotely for “Saturday Night Live,” but the show was not keen on the idea, according to a report by Page Six. A spokesperson for NBC did not immediately respond to a request for comment.

Although shows and concerts have resumed with live audiences across the world, Sheeran’s coronavirus diagnosis is the latest display of how the entertainment industry is still battling the ongoing pandemic. The band Kiss postponed concerts last month after some of its members tested positive for the virus, and following an outbreak among its members, the Broadway show “Aladdin” postponed shows just a day after it had reopened.